The system can be integrated with autonomous rail vehicles for obstacle detection, classification and tracking. 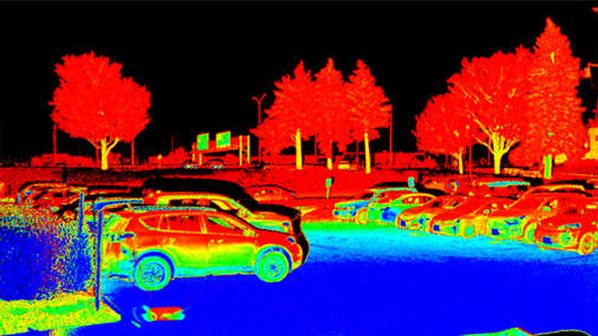 A partnership of three companies has announced the successful completion of the two-and-a-half-year Ontario Train Autonomy Collaboration (OnTRAC) project to develop, prototype, and validate the feasibility and functionality of a state-of-the-art lidar-based sensor fusion system. The technology is designed to be integrated with autonomous rail vehicles for obstacle detection, classification and tracking (OCDT) in varying weather conditions.

The programme was developed by Thales, Ottawa-based lidar system designer and manufacturer Lumibird Canada, and the Lassonde School of Engineering at York University, a Toronto-based research team with extensive expertise in the 3D modelling of railway infrastructure.

Beginning in 2019, the partnership first performed an investigative study of the challenges and threats posed to autonomous rail vehicles, before developing a novel sensor architecture, resulting in a new prototype lidar system specifically designed for rail vehicles. The project concluded in 2021 with a safety and operational assessment in typical and adverse weather conditions.

The system will support the development of safe, autonomous urban rail systems, making rail more efficient, cheaper to run, and capable of 24/7 functionality while minimising accidents caused by human error. The partners say the ODCT technology and prototype developed and demonstrated under the OnTRAC project is also applicable to other vehicle market segments including automotive, industrial, and marine.

The $C 2.585m ($US 2m) project received $C 1.13m in support from the government of Ontario, with the remaining funding provided by the industry.