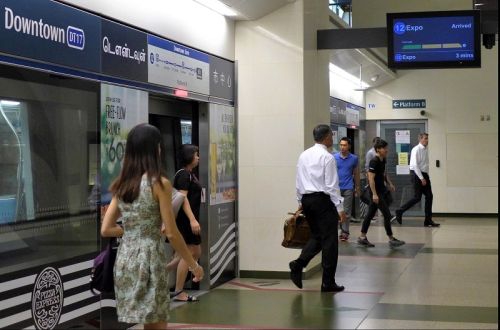 LCD screen showing passenger loading of the next Downtown Line train in Singapore.

The system informs passengers waiting on station platforms about the distribution of passengers on the next train to arrive by displaying real-time passenger load information on LCD screens.

The software includes an onboard system which can detect passenger weight load from the vehicle’s braking system. This information is transmitted to the LCD screens to indicate the capacity of each car, with green indicating that seats are probably still available, yellow for partially-full cars, and red for full. The system should speed boarding, and result in a better distribution of passengers in trains thereby improving passenger comfort.

The system is the result of a four-year collaboration between Bombardier and the Singapore Economic Development Board (EDB) which started in 2012.