Platooning planned for up to five Russian freight trains next year

Tests currently underway as RZD looks to increase capacity on its railway. 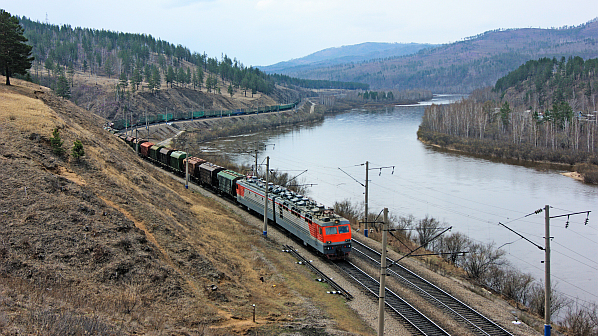 RZD deputy managing director and head of traction directorate, Mr Oleg Valinsky, confirmed on August 26 that these plans would include driving locomotives using the virtual technology with up to five consecutive trains

Virtual coupling, or ‘platooning’, allows a railway to better regulate the interval between trains. It can reduce the gap between following trains from 12 minutes to 6-8 minutes. Virtual coupling works by exchanging information on the mode of movement between the locomotive powering the leading train and those on the ‘slave trains’ via a digital radio channel.

RZD has already equipped around 360 locomotives with an intelligent system for operation on the Karymskaya - Smolyaninovo section of Russia’s eastern region.

Currently, platooning is being tested in controlled operations using a mode where communication is established directly between the locomotive leading the train and those hauling the slave trains.

Valinsky says that reducing the interval between trains will increase the capacity of the network’s most congested lines, naming the Trans-Siberian Main Line as a key example.

He said that the introduction of the technology is now being given consideration on the sections of the Sverdlovsk and West Siberian Railways.