POLISH regional operator Masovian Railway (KM), has approved the use of the Guardia ETCS automatic train protection system in its network. 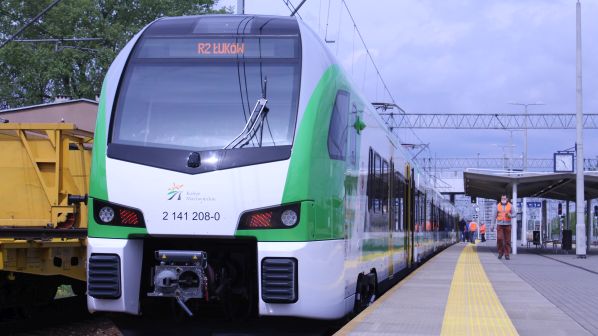 The system, developed by AngelStar, a joint venture between Stadler and Mermec, will be used on KM’s fleet of Stadler Flirt five-car trains.

Guardia comes pre-installed on Flirt 3 trains. KM ordered a fleet of 71 five-car sets from Stadler in 2017, with the first batches arriving June 24 2020. However, this approval marks the first time that the system has been approved for use by a rail operator.

Guardia operates according to the ETCS baseline 3.4.0 at ETCS levels 1 and 2, and NTC (National Train Control). Transfers between ETCS and the Polish SHP system will be fully dynamic, enabling the train to operate without stopping for safety system changes. The system allows drivers to visualise data such as the train’s position and speed and transmits this information to a control centre. It also allows for the collection of data such as track warrants.

The approval is in accordance with European Commission Regulation 2016/919, which aims to improve the interoperability of control-command and signalling subsystems on European railways.

“As part of AngelStar, we will continue to work on multiple projects across Europe, with approvals in nine other countries currently proceeding positively,” says Mr Alexandre Grêt, CEO of Stadler Signalling.