The technology will be tested on the Bologna San Donato test track. 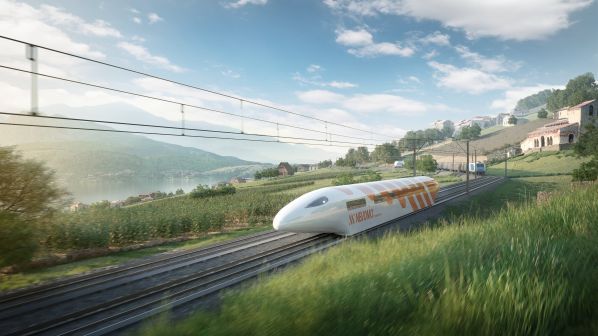 MagRail, developed by Nevomo, is designed to allow both conventional and maglev trains to use the same line. The company says the technology allows the introduction of a new mode of propulsion with linear motors and a new interface between newly designed vehicles and the infrastructure, based on frictionless magnetic levitation. Nevomo says the maglev trains will be up to 75% faster than conventional trains on the same line, improving performance and efficiency at moderate capital expenditure levels and with lower operational costs.

The companies will apply for funding from the European Union to conduct the first full-scale MagRail system pilot on a test track in Bologna San Donato, which is owned by RFI. This will be the last stage of testing, which is expected to trigger the conformity assessment procedures required to implement the MagRail technology commercially.

“The MagRail technology we are developing allows us to implement sustainable mobility by transforming the transportation landscape into an efficient and emission-free system,” says Nevomo CEO and co-founder, Mr Przemek Paczek. “The preliminary feasibility study of MagRail technology, conducted in cooperation with our partner IDOM, shows that the benefits of implementing MagRail technology will be significant, both in economic and social terms.”

Nevomo is due to begin construction of its first 1:1 scale test track in Poland this summer.