RZD CEO sets out vision for automation and digitalisation

RUSSIAN Railways (RZD) CEO and chairman of the executive board, Mr Oleg Belozyorov, has outlined what he sees as the major developments that will affect the railway by 2050, including automation and digitalisation. 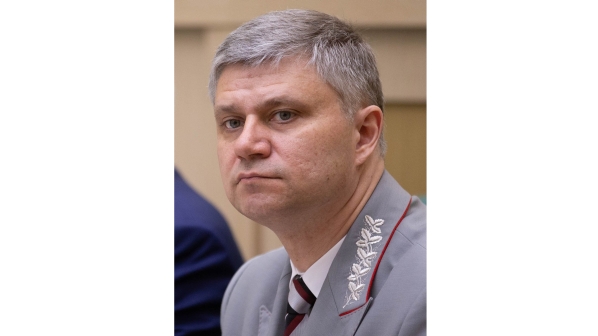 Speaking on October 3 at the PRO//Motion.1520 forum in Sochi, Belozyorov says global population growth and metropolitan areas merging into “mega-regions” hundreds of kilometres long in the coming decades will see railways gain natural advantages and a new need for development.

“For us, this is a vision rather than abstract ideas,” says Belozyorov. “Somewhere else, research is being conducted and technologies are being tested and improved on testing grounds, while in other places practical solutions already exist, and the question is when their use will become economically feasible.”

"We have already introduced elements of such systems,” Belozyorov says. “In particular we plan to test the automatic mode with an engineer on the Moscow Central Circle line next year.”

Digitalisation will see production or management procedures incorporated into an information system that is provided with real-time performance indicators and supplemented with predictive analytics and simulations. A full range of advanced technologies such as big data, the Internet of Things, blockchain, virtual and augmented reality and artificial intelligence will also be in use by then.

“The evolution of technology will lead to corresponding changes in the nature of railway work,” Belozyorov says. “I believe that we will be able to refuse hard manual labour thanks to wide automation and robotics. This is why, for example, in the future railways will need as many programmers as the most highly developed banks and telecom companies require now. Human capital will be released for more intellectual and strategic tasks, and monotonous work will be delegated to machines.”

While other mobility technologies will have been developed by 2050, Belozyorov says he still sees significant potential for rail, and he expects the technology for high-speed passenger and freight transport to continue to develop.

Belozyorov also expects integration and intermodality to become key trends in both passenger and freight sectors.

“In the sphere of freight transportation and logistics we plan to penetrate deep into the business of the largest customers, fully integrating into their internal logistics processes in terms of both freight transportation and management information systems,” Belozyorov says. “There will be some degree of integration with consignees and partners in transport such as ports and vessels. This system will ensure that there will be no loss of time and efficiency in the supply chain, thus reducing the time frame and cost.”

Belozyorov expects the first stage of these global transformations will be underway by 2025, and says RZD is developing a long-term development programme in preparation.