SCOTLAND’s University of St Andrews issued a tender on September 10 for the conversion of a three-car class 314 EMU to hydrogen propulsion as part of its Zero Emission Train Project. 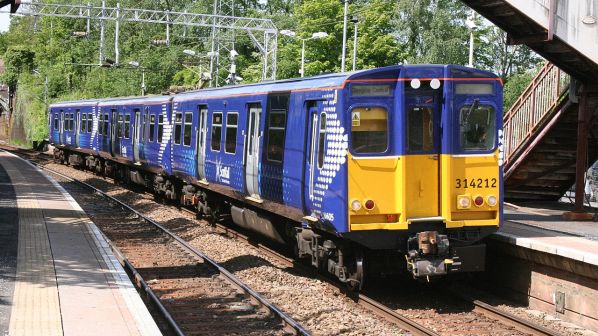 Work, as outlined in the Prior Information Notice, will be carried out over 12 months, and will involve full system design, installation and demonstration of the train. Testing will be carried out on a line separate from the core Network Rail (NR) network, which may be a rail yard or heritage railway.

Following testing, an assessment will be conducted to ensure that any modifications do not present a risk to the existing rail network operation, and may subsequently be tested again on NR infrastructure.

The project currently aims to demonstrate the technology at the United Nations Climate Change Conference (COP 26) in December 2021, which will be held in Glasgow.

A concept design for the conversion of the train has already been created by a partnership of Kilmarnock-based Brodie Engineering and London’s Arcola Energy.

The project is led by Transport Scotland and Scottish Enterprise, and is being carried out by the University of St Andrews’ Hydrogen Accelerator research group. The project is intended to support the Scottish government’s plans to decarbonise passenger rail transport by 2035 - five years ahead of current British government targets.

Class 314 EMUs were originally built by British Rail Engineering in 1979 to operate services on Scottish commuter lines. The last two trains in regular operation were phased out in December 2019.

“A key objective of the project is to provide the rail supply chain with the opportunity to develop their skills and advance their knowledge of the application of hydrogen fuel cell technology on passenger rolling stock, including hydrogen supply and refuelling infrastructure,” says Ms Linda Hanna, managing director of economic development for Scottish Enterprise.