Alstom has supplied its Urbalis system for the four-station latest phase. 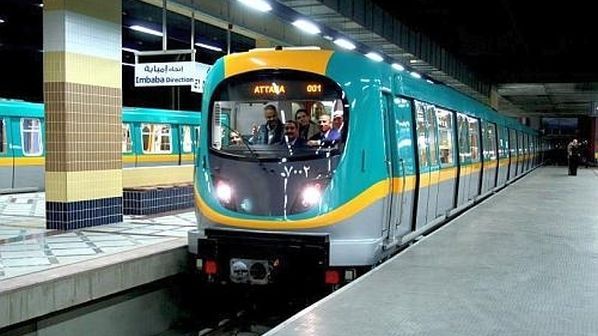 A train operating of the Cairo Metro Line 3, which has now become longer with the four-station Phase 3A extension to Kit Kat.
Photo Credit: IRJ

ALSTOM has successfully tested and commissioned the signalling, centralised control and driving systems that it has supplied for Phase 3A of Egypt’s Cairo Metro Line 3, enabling the extension and its four new stations to be inaugurated this week.

Phase 3A runs in tunnel from Attaba, in the east-central area of the city, to Kit Kat via intermediate stations at Nasser, Maspero and Zamalek.

The contract to provide system and subsystem design, manufacturing, installation, testing, commissioning, training and maintenance for the signalling, centralised control and telecommunications systems for Phase 3 was awarded to Alstom by NAT in November 2015.

At the same time NAT awarded Alstom a contract for the design, supply, installation, testing, commissioning, training and maintenance of the traction power supply system and depot equipment.

In November 2021 NAT awarded Alstom an €876m contract for the supply of 55 nine-car Metropolis trains as well as an eight-year maintenance contract for the upgrade of the 44.3km Cairo Metro Line 1.

In June a turnkey contract to install, commission and maintain for two years communications, centralised control and ticketing systems for Phase 1 of Line 4 was awarded by NAT to an alliance of Thales, Orascom Construction and Colas Rail.

For detailed data on metro projects in Africa, the Middle East and around the world, subscribe to IRJ Pro.