RESEARCHERS in Britain have developed a new internal combustion engine which could offer near zero emissions for rail and road applications by separating the cold and hot sections within the engine to reduce heat transfer and increase efficiency. 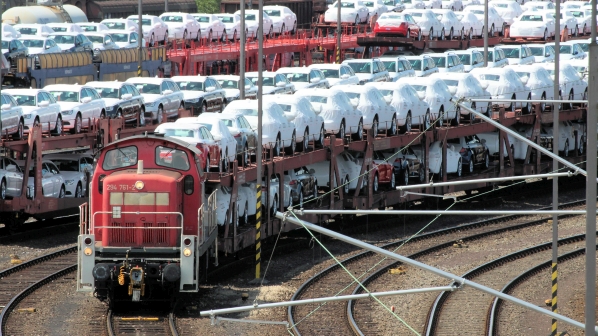 The new recuperated split-cycle internal combustion engine was developed by Dolphin N2 in association with Zircotec and Brighton University. Two versions of the engine - ThermoPower and CryoPower - are being developed.

The engine separates the cold and hot sections of a traditional internal combustion engine. A first set of cold cylinders draw in air and compresses it. In the CryoPower version, liquid nitrogen is injected at almost -200oC to keep this process cool for maximum efficiency, while the simpler ThermoPower system uses water.

The engines are expected to run on diesel at first, but a new collaborative project, Recuperated Engine - Advanced Route to Market Demonstrator (RE-ARMD) has been launched to demonstrate that the engine can also run on hydrogen.

Zircotec provided precision, ceramically-coated components, encapsulated heatshields and thermal coatings for the engines, which prevent the heat from transferring between the two sections.

Dolphin N2 is a spin-off from Ricardo formed to commercialise the ThermoPower and CryoPower technology. Dolphin N2 was subsequently sold to FPT Industrial in late 2019.

“Our high-end simulation capabilities are being exploited to overcome the enormous thermal challenges faced in reaching such superior performance,” says Zircotec sales and marketing director, Mr Graeme Barette. “Working with commercial and university project partners, this development phase is poised to deliver a running demonstrator engine delivering the next-gen performance levels. Our engineering team will also be focusing on process technologies, refinements and automation to prepare for vehicle integration.”

The prototype engine is on its third iteration, with the project attracting funding from Innovate UK and the Advanced Propulsion Centre.

“This technology is perfect for long-haul trucks, agricultural vehicles, self-powered rail traction and even ships - engines that are, at present, not suitable for battery-electric propulsion,” Barette says.