Superconducting cable to be installed at Paris Montparnasse 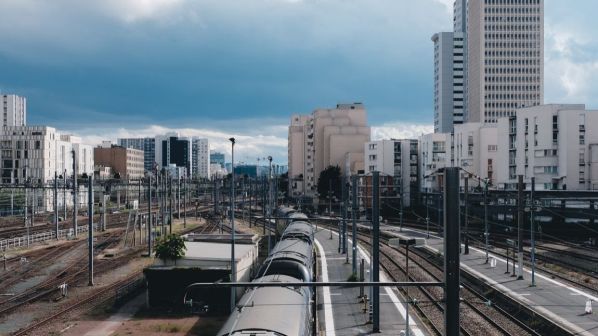 SNCF Network is due next year to install and commission superconducting cable developed by Nexans to connect a traction substation with the 1.5kV dc overhead supply in the Paris Montparnasse area.

SNCF Network is due next year to install and commission superconducting cable developed by Nexans to connect a traction substation with the 1.5kV dc overhead supply in the Paris Montparnasse area.

The Montparnasse terminus in Paris is the fourth largest railway station in France, currently used by over 50 million passengers a year. This is expected to rise to over 90 million by 2030, requiring more traction power to run an increasing number of passenger services.

To be installed in two conduits connecting the Vouillé substation with the overhead lines, the Nexans superconducting cable combines a reduced diameter with the ability to transmit high power, delivering 5.3MW per conduit.

The small size of the cable means it can be installed in existing conduits, reducing project costs, saving time and avoiding any potential disruption to rail and road traffic. A single superconducting cable can replace multiple copper cables.

Superconducting cable has zero resistance, enabling it to transport electricity with minimal power loss which has clear environmental benefits.

Nexans will manufacture a prototype connection, including cable, joints and terminations, which will be tested at the AEF railway testing laboratory in Vitry-sur-Seine. Manufacture and installation of the two connections for Paris Montparnasse would then follow.

The new superconducting cable has been developed by the SuperRail consortium. In addition to Nexans and SNCF Network, this includes cryogenics specialist Absolut System, the University of Lorraine and graduate engineering school CentraleSupélec.

In 2021 SuperRail was awarded €8.6m in public research funding under the Corifer programme to improve the performance, operation and maintenance of railway infrastructure and rolling stock. The programme has been supported by public investment bank Bpifrance.

“This is a world first that we are proud of and happy to be bringing to life with SNCF Network,” said Nexans CEO, Mr Christopher Guérin. “Superconducting cables offer commercial solutions to strengthen high-power electrical networks in all urban areas around the world.”