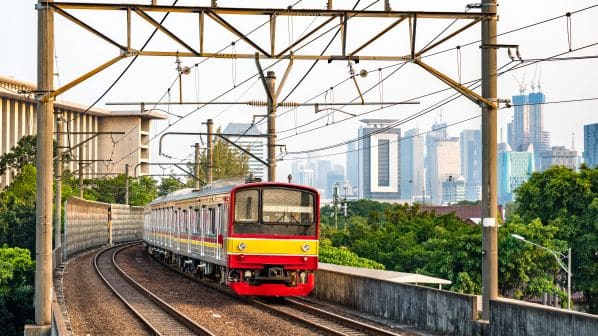 AN integrated electronic fares system for operators in the Indonesian capital of Jakarta has been officially launched, as part of a master plan to increase public transport market share to 60% of all journeys in the city by 2029.

Thales is executing the project as part of a consortium led by PT Jatelindo Perkasa Abadi and also including Lyko and PT Aino Indonesia, which in 2021 was awarded an eight-year contract to supply, operate and maintain the integrated electronic ticketing system.

The contract was awarded by PT Jakarta Lingko Indonesia, the public transport authority for Jakarta province.

The Thales ABT system enables passenger profiles to be managed by a centralised back office. Thales says this will enable the Indonesian government to implement more attractive fares policies and public transport subsidy regimes in the future.

Featuring open and standard interfaces, the ABT system manages interfaces with external systems, including the Fello e-money settlement system developed by the Jatelindo consortium, the Lyko MaaS platform and the mobile app developed by Aino.

Thales has also provided a new QR code ticketing system, which in the final phase of the project will deliver end-to-end ticketing across all modes. It has the capability to handle five million transactions daily, when the consortium completes migration of the existing card-based system to full ABT.

“The new ticketing platform developed by Thales is expected to allow a minimum of two million trips per day and the integrated technology will drive ridership and boost comfortable journeys in the world’s third largest metropolis of over 31 million people,” says Mr Olivier Rabourdin, country director for Thales in Indonesia.