TRANSMASHHOLDING (TMH) and LocoTech-Signal have announced plans to implement GoA 4 automation on the 16.7km Kazan metro system, with testing scheduled to begin at the end of 2022. 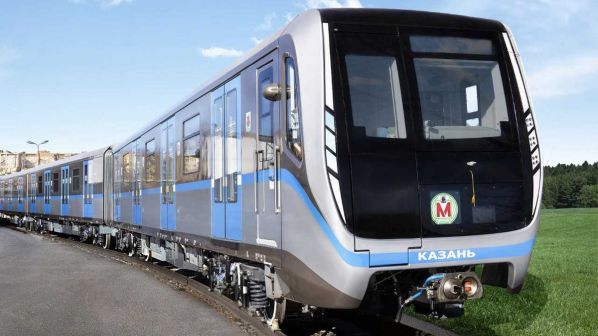 The project includes the development of control systems for the single-line network, as well as the modernisation of rolling stock and metro infrastructure to accommodate the new technology. This work will be carried out from 2021, before the start of testing and trial operation the following year.

The project aims to upgrade the metro’s existing fleet of 14 four-car trains to operate autonomously without a driver at a maximum speed of 90km/h. The system will support operation of up to 40 train pairs per hour and an average headway of 90 seconds.

Kazan’s fleet includes nine Rusich trains delivered in 2005 and one Moskva train built by Metrowagonmash (MWM), which entered service earlier this year, as well as four trains produced by Vagonmash and Skoda Transportation.

If successful, TMH will make the technology available to other metro systems which use its rolling stock.

LocoTech-Signal will also establish a new competence centre for unmanned technologies in the city at the Innopolis special economic zone to support the project’s development.

In addition to TMH and LocoTech-Signal, the centre will be occupied by technology company RailNext, which will cooperate in developing the traffic control system. RailNext was awarded resident status in the special economic zone on November 30.