A Renfe class 463 train is being converted into a hybrid hydrogen-battery-EMU under the project. 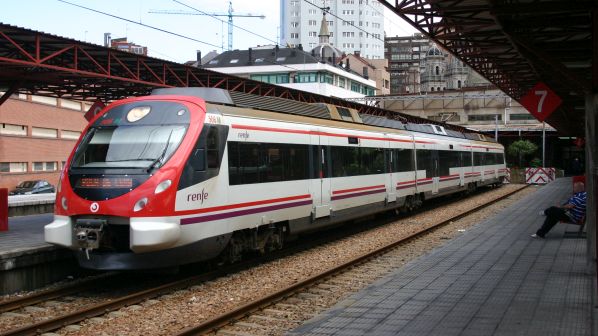 The planned test train will be a hybrid hydrogen-battery-EMU with hydrogen fuel cell and battery energy sources used alongside conventional current collection from overhead catenary at 3kV dc. The design should allow the train to have EMU-like performance whether operating under 3kV dc power or away from overhead catenary. CAF will supply lithium-titanite batteries and power converters for the FCH2Rail train.

Toyota Motor Europe, which is part of Japanese car maker Toyota, has been at the forefront of introducing hydrogen-fuelled cars. The Toyota Mirai model, which was unveiled in 2014, was the world’s first mass produced hydrogen fuel cell powered car and has been sold in Japan, the USA and Europe.

The European Commission’s Fuel Cells and Hydrogen Joint Undertaking (FCH JU) awarded a €10m grant to the FCH2Rail consortium for the design, development and testing of a prototype bi-mode hydrogen-electric rail propulsion system in late 2020. The EU grant covers 71.5% of the projects forecast €14m cost.

Tests of the converted train are planned in Spain and Portugal, which both share 1668mm gauge networks, plus a third currently-unidentified country, which is likely to require the train to be fitted with standard gauge bogies.