THE Korean city of Ulsan and Hyundai Rotem have signed a memorandum of understanding (MoU) to produce and test the country’s first hydrogen-powered LRVs. The agreement was signed on August 13 at an event attended by Ulsan’s mayor, Mr Cheol-ho Song, and Mr Yong-bae Lee, Hyundai Rotem’s CEO. 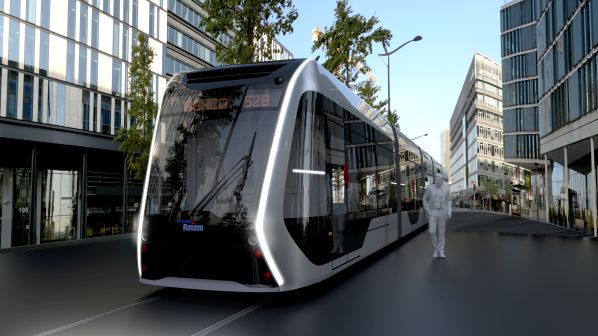 Hyundai Rotem will be responsible for developing the low-floor rolling stock, infrastructure upgrades, and signalling systems, as well as hydrogen charging stations and operation of the vehicles. The city of Ulsan will provide administrative support for the approval of test lines and the installation of charging stations.

The LRVs will be tested on the a currently unused 4.6km line which connects to Ulsan Port. The project also involves the construction of a new depot and the installation of hydrogen charging stations. Hyundai Rotem says that being able to deliver both the LRVs and the charging stations will enable the supplier to identify issues before operation begins and support a more cohesive and convenient maintenance plan for staff.

In addition to producing only water as an emission, the LRVs will be equipped with air filters capable of purifying around 800μg of particulates from the air per hour of operation and releasing 107.6kg of clean air during the same period. Similar technology has already been equipped on the hydrogen-powered Hyundai Nexo car, launched in 2018, and it is hoped that the technology could significantly improve air quality in the city.

The project’s main purpose will be to investigate the feasibility of using the technology on Ulsan’s planned urban rail network. The city government announced plans for a Won 1.3 trillion ($US 1bn) 48.3km four-line LRV network in July 2019. The 25.3km first phase is scheduled for completion in 2027.

Hyundai Rotem announced its entry into the hydrogen train market in June alongside plans to develop a test vehicle. The company is currently working on an LRV with a top speed of 70km/h, capable of travelling 150km on a single charge using 95kW fuel cells, which it plans to use for the Ulsan project.

Hyundai Rotem also recently won three contracts in May for hydrogen reformers from Gangwon Techno Park and the Ministry of Trade, Industry and Energy, and has begun construction on a facility to produce hydrogen charging equipment at Uiwang Research Institute.

The Korea Railroad Research Institute (KRRI) is also developing a vehicle with a maximum speed of 110km/h that can travel 600km on a single charge of hydrogen by using hydrogen fuel cells with a capacity of 1.2MW or more.