The institute will develop and deploy advanced rail propulsion, logistics and safety technologies. 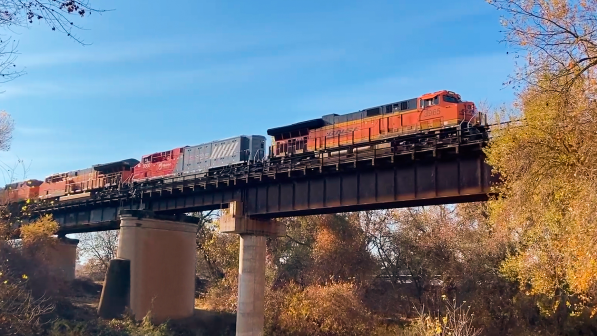 The announcement was made at a hearing on March 17 before the United States government’s House Transportation and Infrastructure Committee, aimed at exploring “private-sector actions to develop and implement solutions to climate change” with a focus on transport.

“Within the next nine years, we are committed to developing the technology to enable the expansion of freight rail utilisation, accelerating the reduction of greenhouse gas emissions with battery and hydrogen-powered locomotives, and enabling safer trains,” he said.

Santana added that pursuing these initiatives would lead to the creation of “250,000 direct, indirect and induced jobs spurred by the transportation and manufacturing sectors.”

He also called on Congress to collaborate with the partners “to create, coordinate and co-fund” the institute, which would “send a message to the entire transportation industry that together, the private and public sectors can help achieve the nation’s vision of a competitive and sustainable American freight transportation network.”

Santana said Wabtec’s goal is to develop the next generation of zero-emission locomotives.  “Wabtec has a clear path to power new locomotives and repower existing locomotives, with batteries, hydrogen internal combustion engines, and hydrogen fuel cells,” he said.

The company is currently working with BNSF and the California Air Resources Board (CARB) to carry out revenue service tests of its battery-electric FLXdrive locomotive on the route between Barstow and Stockton in California. Wabtec plans to commercialise the locomotive in the near future.

“To date, FLXdrive has run over 16,000km and delivered on average a 10% reduction in fuel consumption,” Santana said. “This is the equivalent of 22,730 litres of diesel fuel saved and approximately 50 tonnes of CO2 emissions reduced. At 6MWh, we have an opportunity to further reduce fuel consumption and emissions by up to 30%.”

The company is also researching other traction technologies including battery hybrid and hydrogen, which it plans to retrofit to existing locomotives. “Each diesel-powered locomotive converted to alternative energy sources can save up to 3000 tonnes of CO2 per year,” Santana says.