IRJ at the UIC World Conference on Rail Transport Telecoms, Paris: Key European rail bodies have stressed that the industry will need to make a clear and robust case for its future radio spectrum requirements as it works to develop a successor to GSM-R. 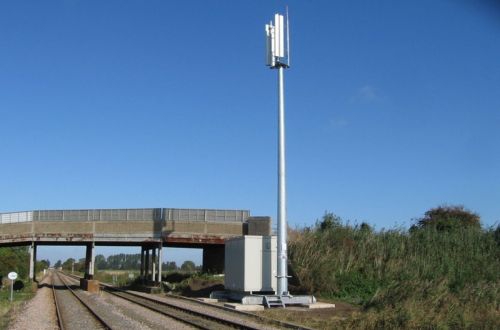 In a draft position paper published on May 16, the European Rail Infrastructure Managers (EIM) association and the Community of European Railways and Infrastructure Companies (CER) suggest that the 873-876MHz/918-921MHz band should be reserved in addition to the current GSM-R band for the Future Railway Mobile Communication System (FRMCS) which will be rolled out from the mid-2020s.

EIM and CER say this has emerged as “the most favourable option to reuse infrastructure investment and allow a smoother migration.”

Speaking at the International Union of Railways’ (UIC) 3rd World Conference on Rail Transport Telecoms in Paris on May 17, Mr Carlo de Grandis, policy officer for DG Move, told delegates that bandwidth will be needed for critical interoperability and safety-related applications both during the migration phase and after the rollout of FRMCS. EU-wide spectrum allocation will also be necessary to ensure interoperability.

The EU Agency for Railways, which is working with UIC, CER, EIM and Shift2Rail and other bodies to develop a specification for FRMCS, says spectrum will be an issue not just in Europe but globally.

“We are working with stakeholders to define a successor to GSM-R,” says the agency's director general Mr Josef Doppelbauer. “A key challenge is that we need spectrum both for the future system and GSM-R during the migration phase. There will be massive competition for this spectrum - autonomous cars are going to need a lot bandwidth to sustain their network - so we need to fight for our bandwidth.”

This call was echoed suppliers in the Railway Operational Communications Industry Group, which is committed to supporting GSM-R until at least 2030 and is working with other industry bodies to define FRMCS. “Early definition of the required spectrum is a really vital issue,” says Mr Ciro de Col of Siemens. “It’s also important to define how we are going to move from one network to another.”

“Our retention of GSM-R frequencies will be challenged by other sectors,” says Mr Pierre Cotelle of Alstom. “We need to be very clear about why we need it, especially during the migration period.”

A full report on FRMCS will appear in a forthcoming issue of IRJ.