SWEDISH infrastructure manager Trafikverket announced on March 20 that all locomotives, multiple units and driving trailers operating on the country's railway network must be fitted with GSM-R filters by July 1 to prevent interference from 4G public mobile networks. 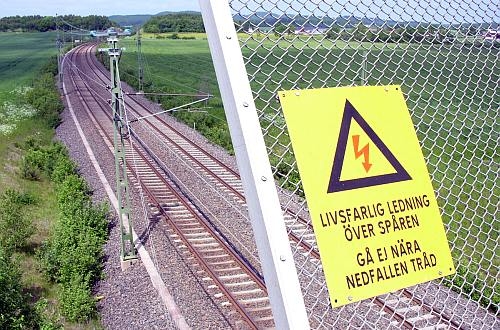 The National Post and Telecom Agency (PTS) decreed in 2011 that mobile telecommunications operators will be allowed to increase their cellular signal strength from July 1 this year to provide 4G coverage.

When GSM-R was rolled out in the early 2000s, PTS decided that GSM-R would use transmission frequencies adjacent to those of the public universal mobile telecommunication system (UTMS), which means increasing the signal strength of public networks could cause interference to safety-critical rail systems. In 2009 PTS issued a further decision on bandwidth usage suggesting that a buffer zone should be created between GSM-R and UMTS to limit the risk of interference.

Trafikverket says any rail vehicles which fail to comply with the new GSM-R requirements by this date will not be allowed to operate on the national network unless it can reach an agreement with mobile operators to delay the 4G rollout.

The infrastructure manager argues that that the risk of interference can be minimised by increasing GSM-R coverage through building new base stations and upgrading existing installations, and equipping rolling stock with filters or improved radio modules.

The Swedish Association of Train Operators (BTO) is calling for a realistic timetable for protecting the railway against 4G interference and it says the state must bear the cost of any measures required to strengthen GSM-R security.

BTO also argues that the proposed measures could be considered a special national requirement limiting the international operation of rolling stock, which contravenes both Swedish and EU law. The operation of onboard GSM-R filters is also be prohibited under EU law until July 1, although Trafikverket says the equipment can be disengaged until it is required.

According to Trafikverket the government will establish a fund to subsidise filter installation on rolling stock. "We have a plan to take us forward," says Mr Mathias Persson, IT director for Trafikverket.

In addition, the Ministry of Industry has formed a steering committee which includes Trafikverket, BTO, PTS and regional and local government bodies to co-ordinate a response.