THE European Commission (EC) has agreed to adopt the 5.9GHz band for the exchange of real-time information on safety conditions in connected transport. The ruling effectively doubles the level of available spectrum for safety-critical communications used by intelligent transport systems (ITS) in metro, light and suburban rail networks as well as by road vehicles. 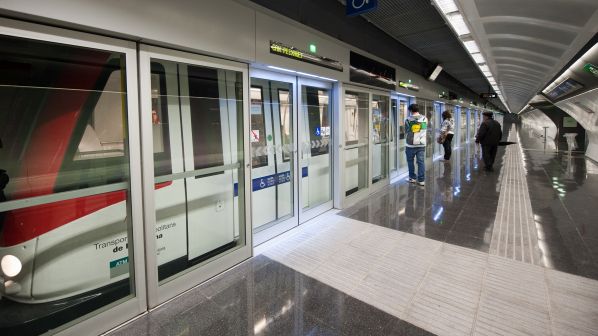 Barcelona Line 9 is fitted with CBTC and is automated at GOA4.

European Union member states will be required to allocate the 5.9GHz band for ITS by June 30 2021 and should report to the EC on implementation by September 30 2022.

The EC designated 30MhZ in the 5.9MHz band to ITS in 2008, which it says helped to foster their development, including since 2019, the deployment of Cooperative Intelligent Transport Systems (C-ITS) such as car-to-car communications, which is under development by automakers.

However, the continuous evolution of transport systems and the increasing number of safety services that they are providing require additional spectrum resources. The new decision doubles the level of available spectrum to 60MHz and includes CBTC for the first time.

The EC says allocating more radio spectrum for transport will support the full-scale deployment of connected and automated transport by facilitating real-time information exchange between vehicles, road infrastructure, or base stations used by railway signalling equipment. In addition, merging road-ITS and urban rail-ITS into a single harmonised band will significantly increase spectrum efficiency.

“The expansion to 60MHz will allow the potential of C-ITS to grow significantly,” a commission spokesperson told IRJ. “Furthermore, this spectrum is used only for direct communication, meaning vehicles talking to vehicles (V2V) or vehicles talking to the infrastructure such as traffic lights (V2I). In other words, this comes on top of existing cellular networks that connect vehicles to the internet and thus ITS service providers.”

Under the legislation, road-ITS will benefit from 10MHz of additional spectrum for safety-related communications. These services will also share 10MHz of bandwidth with urban rail, taking the total available spectrum for road ITS to 50MHz, which could support new applications offering greater autonomy of road vehicles.

For urban rail-ITS, the decision harmonises spectrum allocation for CBTC, delivering 20MHz of bandwidth - four bands of 5MHz, 10MHz of which is shared. CBTC systems have a priority in the 5915-5925MHz band and priority under some conditions in the 5925-5935MHz band, which will help to achieve permanent redundancy for the signals and offer protection from interference.

Advanced services could also benefit from future 5G deployment, for which the EC has also harmonised pioneering frequency bands in the 700MHz, 3.6GHz and 26GHz ranges.

Mr Yves Amsler, an independent consultant and senior advisor to International Association of Public Transport (UITP), says there is some concern from the sector with regard to the WAS/RLAN mandate covering the 5945-6425MHz band.

“Some limits of Out-of-Band Emissions under discussion may negatively impact the operation of CBTC systems in the band below 5935MHz,” Amsler told IRJ. “We hope that a compromise can be found in the coming weeks before the next ECC meeting.”

The decision is also significant as it harmonises the European market. Ms Caroline Paulet-van Haetsdaele, telecom manager for CBTC systems at Paris Transport Authority (RATP), says that this should encourage the development of new systems, regulate costs and improve maintenance efficiency.

In addition, harmonisation of the band is agnostic, providing the opportunity to develop and implement technologies specifically designed to meet the evolving requirements of ITS.

Ms Paulet-van Haetsdaele adds that while no-one can predict future spectrum requirements accurately, with ITS applications growing, the regulation has been established to anticipate future demand as best as possible.