GSM-R rolled out in Channel Tunnel

EUROTUNNEL inaugurated its new GSM-R network for the Channel Tunnel on September 29 following the completion of a €48m, six-year project. 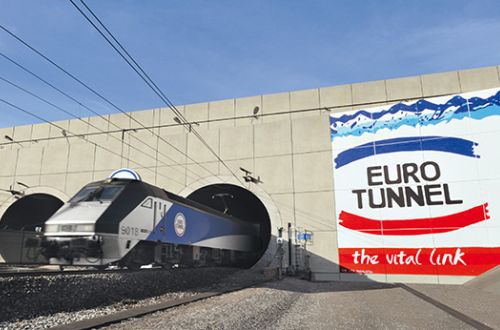 The new network is interoperable with existing GSM-R systems in Europe and is part of an investment strategy to develop and modernise the tunnel’s infrastructure.

Nokia carried out the end-to-end integration of GSM-R, and is now responsible for the supervision and maintenance of the tunnel’s communications network. In addition, Siemens supplied and installed cab radios while French infrastructure manager SNCF Network shared equipment from its own GSM-R core network.

“The inauguration of GSM-R in the Tunnel and on the terminals is the final stage of a six-year project but also the start of a new era for Eurotunnel, in terms both of railway safety and customer service,” says Mr Michel Boudoussier, Eurotunnel’s chief operating officer. “With GSM-R, Eurotunnel paves the way for the development of European railway traffic”