ISRAEL Railways has invited bids by November 11 for a five-year contract, extendable up to 10 years, to design, install and maintain a GSM-R telecommunications system on its 800km network. 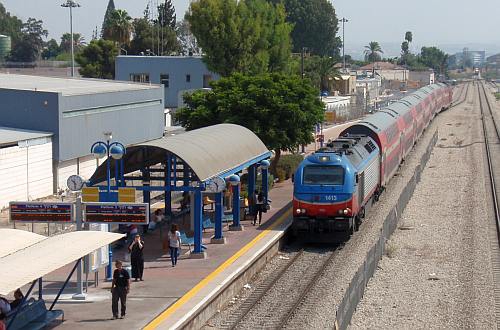 A new network control centre is under construction at Lod.

The GSM-R architecture will comprise mobile stations, and the following subsystems: base-stations, network switching, and operation and maintenance. The contractor will design and build the GSM-R network with a two geo-redundancy GSM-R core system, double coverage for radio sites (BTSs), radio cell overlapping, and automated disaster recovery. Bidders need to specify whether any of their proposed subsystems have provision for upgrading to newer technologies.

The Israeli network has two types of interlocking, with relays used north of Shfaim and electronic interlockings supplied by Thales south of Shfaim as far as Be’er Sheva. A VHF radio communication system will be retained as a back-up to GSM-R.

The network management and traffic control centre (NTC) is located at Haifa and uses Thales technology. The system collects information related to the operating status of all wayside track elements, such as switches, block section occupation, and train identification. However, a new NTC is under construction in Lod.