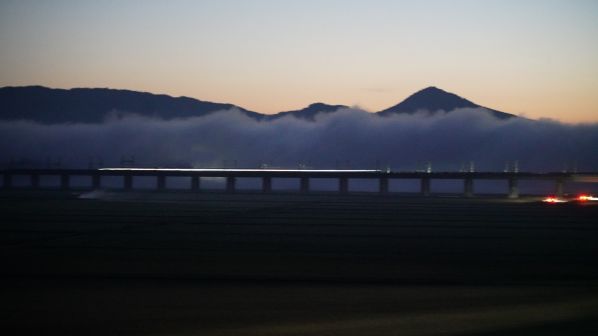 EAST Japan Railway (JR East) and Japanese mobile operator NTT DoCoMo have successfully transmitted a 5G mobile communications signal to an Alfa-X Shinkansen test train operating at 360km/h, a key milestone in a project to test the feasibility of the communications technology on Japanese high-speed railways.

5G uses a high-frequency band but the quality of communication becomes unstable when operating at high speeds due to the influence of the Doppler effect and interference from objects situated close to the track.

Work on the project began in 2017 and experiments at 360km/h took place between October and December on the Sendai - Shin-Aomori section of the Tohoku Shinkansen. Both parties were responsible for planning the experiments while DoCoMo led the construction and operation of the 5G base station and 5G mobile station as well as construction and operation of 4K/8K video transmission system. JR East provided an experimental environment inside the Alfa-X vehicle, conducted test runs, and evaluated results alongside DoCoMo.

The tests took place in the 4.85GHz frequency band, which has 100MHz of bandwidth, achieving a communication speed of up to 500Mbps when receiving and 100Mbps when transmitting. Two base stations were installed around 900m apart on the line with a transfer station installed in the train that meets 3GPP standards. The device is equipped with a special beamforming function that concentrates the radio wave radiation area in a specific direction, a beam tracking function that controls the radio wave radiation direction, and Doppler compensation functions, which compensate for frequency transitions due to the Doppler effect. A special handover function was also developed to optimise the timing of switching by instantly switching between the base stations while maintaining 5G wireless communication.

The tests showed that the device was able to successfully and stably transmit high-definition 4k and 8k images both on the ground and onboard the train. The 4k video content was downloaded for around 30 minutes with a communication time of one minute. The testers were able to develop a 5G communication area of around 5km with the two base station and succeeded with streaming playback of 4K and 8K video content.

JR East says the successful experiment shows the potential for 5G communication on the Shinkansen network, opening up the possibility of reliably streaming high-definition content while travelling at high speeds, something that is currently difficult to achieve.