A consortium of Hitachi, Hitachi Rail STS and Mitsubishi has signed an $US 883m contract with HPH Consortium, the prime contractor for the Panama Metro Line 3 monorail project, to supply rolling stock and equip the 25km line. 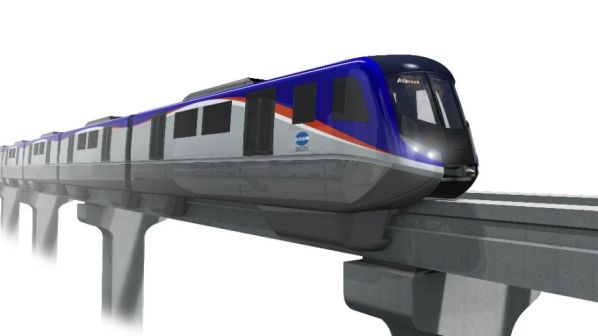 Under the contract, Hitachi and Hitachi Rail STS will provide 28 six-car trains equipped with Hitachi’s B-CHOP regenerative braking technology. The partners will also supply electrification, signalling and communications and control systems, including a central control centre, platform screen doors and maintenance equipment for the line. Mitsubishi will manage the administration of the project.

When completed in mid-2025, Line 3 will have 25km of elevated double track and serve 14 new stations. The line will run west from Albrook in Panama City, through the city’s western suburbs and across the Panama Canal.

The line is expected to serve hundreds of thousands of passengers per year, reducing congestion and improving transport links across Panama’s mountainous terrain. In addition, the project is expected to generate approximately 800 local jobs.

“In Panama, as in many urbanised areas of the world, heavy traffic congestion impacts economic activity, public health and quality of life,” says Mr Enzo Carpanetti, director of sales and project management for Latin America at Hitachi Railway Systems. “This line will reduce traffic and carbon dioxide emissions, and the trains themselves are designed of energy-efficient materials.”

The announcement follows the signing of the $US 2.057bn contract between Panama Metro and HPH Consortium on October 29, which covers the design and construction and commissioning of the line, as well as managing the installation of track infrastructure and the sourcing of rolling stock.

HPH was announced as the contract winner in February. Following the upcoming approval of the contract by the Office of the Comptroller General, HPH will carry out the work over the subsequent 54 months.