PARIS Transport Authority (RATP) and Nokia have successfully completed the first trial of 4G LTE telecommunications technology on a portion of the Paris Metro Line 14, demonstrating that a single network can be used for all operational communications for a train. 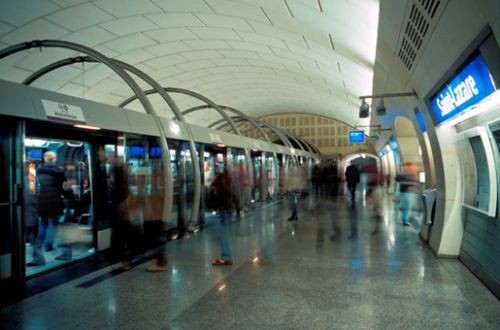 At present, operational communications are supported by different channels – Wi-Fi, digital radio, and 3G/4G networks. RATP says this is the first time a 4G LTE-equipped shuttle has operated on an automated line meeting all of the authority’s security requirements.

The test shows that a single LTE mobile network can replace Wi-Fi networks and manage data transmissions from multiple applications simultaneously including a simulation of train control, video on trains and platforms, operational voice communications, multimedia passenger information, and maintenance and supervision services.

It was completed under the Future Urban Transport Telecoms System (Systuf) project in which RATP and Nokia are collaborating. The objective is to demonstrate that it is possible to use a single telecommunication technology capable of supporting both mission-critical and non-mission-critical applications for future public transport systems.

The trial marks a contribution to the start of the standardisation process required before any operational rollout of 4G LTE technology in transport systems.