SWEDEN's National Post and Telecom Agency (PTS) announced on May 18 that rail operators will be given an extra year to ensure that rail vehicles are equipped with GSM-R filters to prevent interference from 4G public mobile networks. 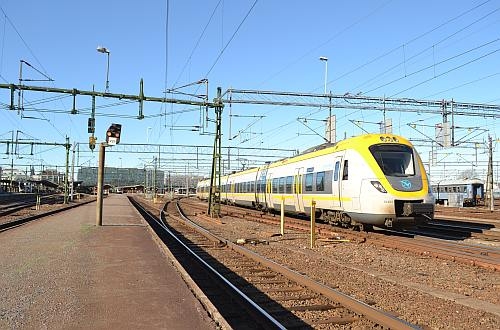 Infrastructure manager Trafikverket announced on March 20 that all locomotives, multiple units and driving trailers operating on the country's railway network would need to be fitted with filters by July 1. Any vehicle that did not comply with this ruling would not be allowed to operate on the national network.

PTS says that mobile operators and the rail industry have held talks in recent weeks in an attempt to find a solution and this led to a compromise, which has now been formally adopted. Following a period of consultation, PTS has decreed that public mobile operators will not be able to use the 900MHz band, which is closest to the GSM-R spectrum, for 4G services until July 1 2016.

"There are two important societal interests that need to be balanced – better mobile coverage and functionality, and the safe movement of trains," says PTS director general Mr Göran Marby. "The conclusion I drew from the discussions is that the solution is another year of restrictions on mobile operators. The proposals we have drawn up mean that the mobile operators are showing great social responsibility while train operators have a new schedule they must stick to."