WiFi rolls out on the Moscow Metro

THE first three lines of the 12-line Moscow Metro are now equipped with free-to-use WiFi, and the entire 325.5km 194 station network should be fully fitted by September. 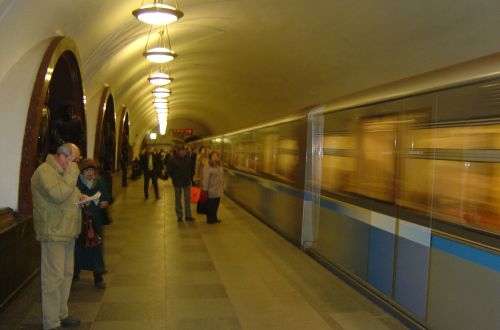 Maxima Telecom, Russia, was awarded a contract last year to deploy and operate the WiFi system with Radwin, Israel, providing its Fiber-in-Motion track-to-train wireless broadband communications system. So far, more than 80 trains have been fitted, and work on a fourth line is underway.

Mr Nir Hayzler, Radwin's vice-president, marketing, explained that Radwin's system has base stations up to 1km apart underground which often means they can be installed in stations rather than tunnels, which makes installation much simpler. Coverage on the surface is much greater, being in the 3-5km range.

Hayzler also says that Radwin is able to guarantee throughput to trains of up to 90Mbps which makes it possible to run multiple applications such as high-speed internet access, CCTV transmission in real time, passenger information, and communications-based train control (CBTC). The system will also be able to provide paid advertising content to passengers thereby generating a source of income.