ČD Cargo launches tender for up to 26 locomotives

CZECH freight operator ČD Cargo has published a tender for the supply of up to 26 new electric locomotives to operate international freight services, with the majority planned for delivery by the end of 2022. 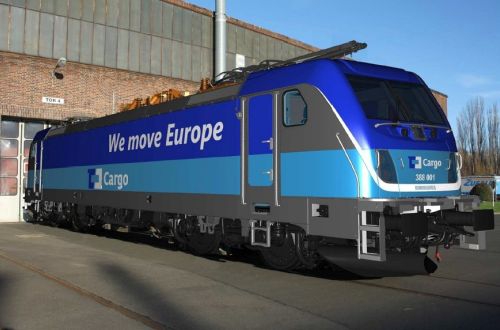 The tender is made up of four separate packages, covering specific locomotive types. Potential suppliers may make a partial bid for one or some of the packages, or a full bid covering all of them. The deadline for submissions is November 18.

All locomotives in the tender must be equipped with ETCS Level 2 baseline 3 signalling, in line with the Czech Republic's ETCS deployment strategy.

Lot 1 covers the supply of an initial batch of six four-axle ac/dc multisystem locomotives with a top speed of 140km/h, to be delivered by mid-2022.

The locomotives will be initially used to operate services in the Czech Republic, Austria, Germany and Poland, and ČD Cargo’s Hungarian and Slovakian services six months after deployment.

The package includes an option for four additional locomotives of this type, which must be ordered within six months from the delivery of the first locomotive in the initial batch, for delivery by the end of 2023.

Lot 2 covers an order for four four-axle locomotives with a top speed of 140km/h capable of operating under ac power supply, and will initially be used to operate ČD Cargo’s routes in the Czech Republic, Austria and Germany, before introduction in Hungary and Slovakia six months later. The order must be completed by the end of 2022.

Lot 4 covers an initial supply of four six-axle ac/dc multisystem locomotives capable of 120km/h, to be delivered by the end of 2025. The locomotives will initially be used to operate services in the Czech Republic, Austria, Germany and Slovakia, and will be introduced in Hungary and Poland six months later.

In addition, the package covers an option for up to six further locomotives, for which an order must be confirmed within six months of delivery of the first unit. Delivery of these locomotives will be completed by 2027. The contract also includes an option to install diesel engines in the fleet within two years of signing the contract.

The orders are part of ČD Cargo’s comprehensive fleet renewal programme, which includes an order for 50 EffiShunter 1000-M locomotives from CZ Loco. The operator also has an open option with Bombardier for the supply of up to 40 Traxx MS3 locomotives from 2022 onwards.