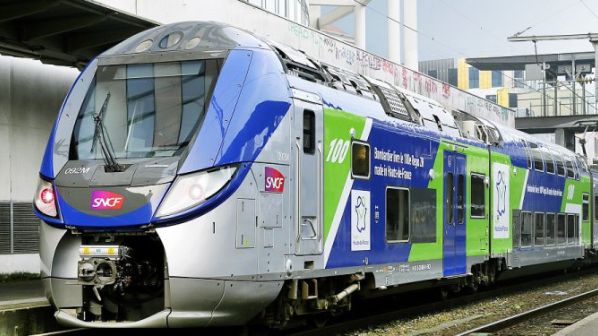 The first concession covers services operating on lines radiating from Amiens to Abancourt, Rouen, Abbeville, Albert, Saint-Quentin, Laon, Compiègne, and Creil, as well as the Creil - Beauvais, Beauvais - Le Tréport and Laon - Hirson lines. The contract will run from mid-December 2023 at the latest, and will cover a network with an estimated annual traffic volume of 3.4 million train-km. The concession is also expected to include an option for the management and operation of the currently closed Abbeville - Le Tréport line, which the regional government plans to upgrade in order to restore services.

The second concession, valued at €155m, covers a network centred on Saint-Pol-sur-Ternoise, specifically lines running from the town to Étaples, Béthune and Arras with a combined traffic volume of around 600,000 train-km per year. Services should begin no later than mid-July 2024, and two options are expected to be included, which cover the construction of a maintenance workshop and the provision of regular bus services on the route to Béthune.

A third is for the Beauvais - Paris Gare du Nord line, valued at €228m, which will start from mid-July 2024, and will encompass 900,000 train-km per year. Bidders are invited to submit a second offer outlining proposals to reduce end-to-end journey times for selected services to under one hour.

Rolling stock will be provided by Hauts-de-France through a recent procurement from French National Railways (SNCF). However, additional financial support may be provided for investment in extra stock if deemed appropriate.

In addition to operation and management of regular passenger services, successful bidders for all three concessions must also cover provide services including security, fraud prevention, fare collection and marketing, as well as providing sufficient asset and infrastructure maintenance necessary for the operation of services.

Bids must be submitted by midnight on October 21, after which applicants will be shortlisted, under the provision that they possess necessary operating licence and safety certification. Contracts would then be finalised by mid-2022 to allow the new operators to mobilise.

The tender announcement follows a year of consultation in the wake of a Prior Information Notice published by the council in the Official Journal of the European Union (OJEU) in May 2019. Similar bids for the operation of regional services in France have also been launched by the governments of Grand Est and Pays-de-la-Loire this year, as liberalisation of the sector takes hold under reforms approved by the French government in 2018.

From December 2020, France’s high-speed network will also fall under the new rules, and from 2023, all operation contracts nationwide must be awarded following an open tender process.