THE government of the Bosnian canton of Sarajevo is pushing ahead with a project to update the city’s tram network, including the €20m rehabilitation of the 8.5km line between Ilidza and Museji. 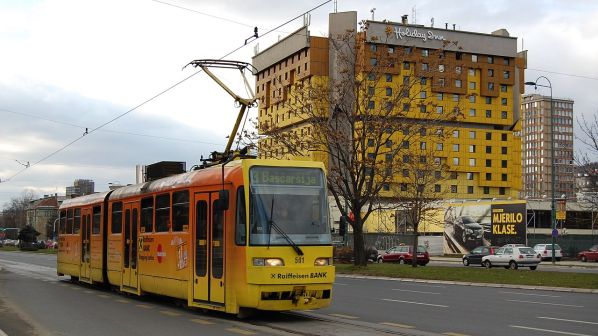 Bidding for the contract was launched in June, and closes on August 21. The contract will be awarded on January 29 2021. Funding for the project was procured through a loan from the European Bank for Reconstruction and Development (EBRD).

Another tender worth €30m for the procurement of new LRVs for the network was also launched in the same month, which will be funded through loans and grants from the EBRD and European Investment Bank (EIB). The new fleet will replace existing LRVs on the network, which includes an ageing fleet of 1435mm-gauge Tatra K2 trams.

A Marka 583,951 ($US 352,689) contract for the rehabilitation of a 368.9m ‘S-curve’ light rail section between the Sarajevo Holiday Inn and the Marijin Dvor stop has already been awarded to a consortium of Gradacac-based construction firm OK Bau and Zeljo in Konjic.

Work on the section is expected to begin immediately following the necessary administrative preparations, and be completed within 40 days. The project will involve the excavation and resurfacing of existing roads, and the replacement of existing rails with modern equivalents. The work is intended to address serious wear on the section following 42 years without necessary investment.

The network improvements are expected to significantly improve light rail operation on the route through improved accessibility and modernised infrastructure, as well as higher average speeds and reduced maintenance costs.