Long-term agreement will begin in 2023. 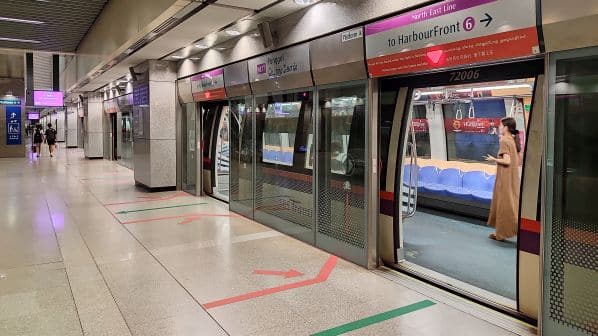 The contract will begin in 2023, with Alstom providing technical expertise and local repair services for the NEL train fleet. Alstom has been a long-term partner to SBS Transit Rail having originally supplied the moving-block Urbalis CBTC signalling system as well as the C751A and C751C metro trains for NEL, which was Singapore’s first high-capacity Mass Rapid Transit (MRT) line.

The CBTC system was first introduced to help ease commuter congestion and is designed specifically for metros with heavy ridership. It has been regularly upgraded in Singapore by Alstom with functions that improve headway, average speed performance and supervision and control meeting operational needs.

“We are very pleased to be entering into this important services project with our long-term partner SBS Transit Rail,” said Ling Fang. “It allows us to invest further in the development of local talent and knowledge transfer which ultimately enhances and promotes Singapore’s local rail capabilities.”

First opened in 2003, NEL runs from Harbour Front station in the city centre northeast to the new town of Punggol on the island’s Tanjoing Punggol peninsula.

In addition to winning the new SBS Transit Rail LTSS contract, Alstom is also currently providing the signalling system and six Metropolis trains, comprising 36 metro cars, for the NEL Extension project expected to open in 2024. This will extend the line by 1.6km from its current Punggol town terminus to a new one at Punggol Coast. It is estimated the extension will help cut travel time from Punggol North to the city centre and other parts of Singapore by up to 15 minutes.