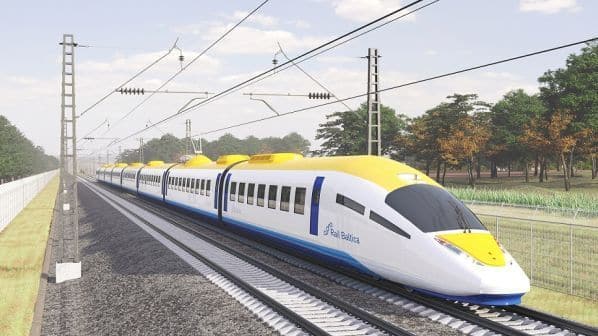 THE Rail Baltica joint venture RB Rail has announced that three international candidates have prequalified for the second stage of the project’s electrification subsystem design and construction tender.

The project is considered to be the largest cross-border rail electrification scheme in Europe as it will cover 870km of the Rail Baltica main line from Talinn in Estonia, across Latvia and Lithuania to the border with Poland, and from Kaunas to Vilnius in Lithuania.

At the beginning of 2021, RB Rail carried out a tendering process to select a contractor for the engineering component of the electrification programme, with a consortium of DB Engineering & Consulting, IDOM and Italferr announced as the winner.

Procurement for the works contract was subsequently launched on June 1 2022 with the deadline for submitting bids to design and build the energy subsystem later extended to September 14 2022. The two-stage procurement procedure is due to be concluded by the end of 2023.

The energy subsystem comprises high-voltage connections between the public grid and traction power substations, catenary and the energy control system.

The European Union (EU) is to co-finance up to 85% of the total eligible costs through the Connecting Europe Facility (CEF), with remaining costs covered by the three Baltic states of Estonia, Latvia and Lithuania.