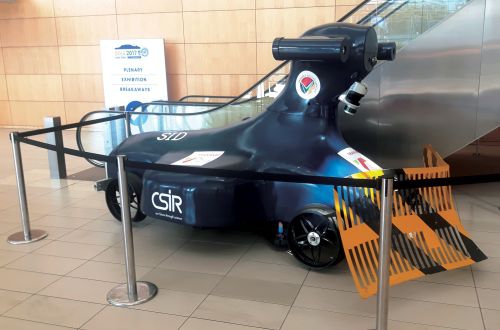 The Survey Inspection Device (Sid) was initially conceived as a locomotive-mounted unit, but subsequently developed into an autonomous vehicle to minimise stopping distances. Sid runs ahead of a train, relaying images to the cab of the locomotive. The vehicle can also measure track profile and is equipped with CSIR's Coricam multispectral camera.

In addition, CSIR says Sid will be able to carry out inspections of overhead catenary, while image recognition will enable the vehicle to detect stray objects or trespassers on the track and automatically alert staff.

The vehicle weighs around 450kg with all systems onboard.

CSIR says initial tests of the vehicle on the Transnet network have been successful and Transnet is now funding industrialisation of the concept.