BRITISH Steel has started construction of a new rail mill in Scunthorpe, Britain, to produce Zinoco-coated rails up to 108m long and welded rails with a maximum length of 216m. This follows approval by Network Rail (NR) of its Zinoco-coated long rails. 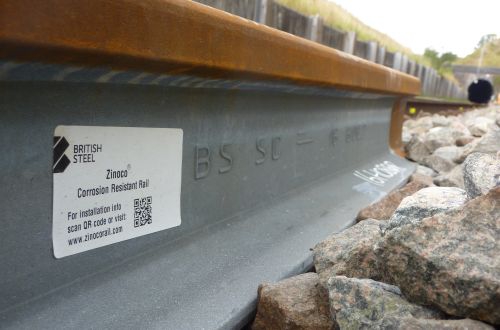 “Zinoco offers superior corrosion protection compared with all current rail coating technologies on the market, so we’re delighted NR has given it full product approval up to lengths of 216m,” says Mr Peter Smith, British Steel’s managing director rail. “We’re the only supplier in the world able to deliver corrosion-protected rail at this long length, so this is a great success story, not only for us but for British manufacturing.”

British Steel designed Zinoco in cooperation with NR and initially produced the rails in 18m lengths before trials were conducted with longer lengths. British Steel says the reduced number of welds in the longer rails give them greater integrity as well as accelerating installation.

Over the last 18 months longer rails have been installed in tunnels near Bristol and in Fife, Scotland, culminating in NR approval. The new mill will be commissioned this autumn.