BRITISH Steel, which was formed following the purchase of Tata Steel's Long Products Europe division by Greybull Capital in May, has launched a new premium-coated rail called Zinoco. 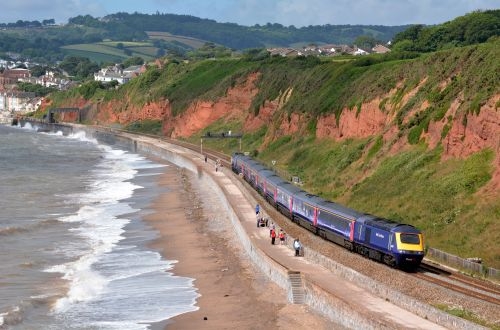 British Steel says Zinoco was developed in response to a request from Britain's infrastructure manager Network Rail for a more-durable corrosion protection and an impact-resistant product that would withstand minor mechanical damage and offer sacrificial protection to provide long-term protection, as well as protection against stray current corrosion.

Sacrificial protection is an electro-chemical reaction which occurs when the anode sacrifices itself in favour of the cathode. The resulting flow of electrons prevents a corrosive chemical reaction. British Steel says that with Zinoco, the zinc rich (anode) coating corrodes in preference to the steel (cathode), thereby preventing the steel from corroding. The zinc oxide creates a strong barrier against further corrosion to protect the metal even when the zinc layer is slightly damaged.

"We have become increasingly aware that many customers have to replace rail prematurely due to rapid corrosion in isolated segments of their network," says Mr Richard Bell, British Steel's rail sector head. "We have developed Zinoco to dramatically delay the onset of corrosion of rail. Extensive testing shows Zinoco will typically outlast traditional uncoated rail by around five times in a broad range of aggressive environments."

British Steel has built a new automated plant to produce Zinoco at its Scunthorpe Rail and Section Mill which is designed to coat the rails more efficiently than its previous coated rail product.