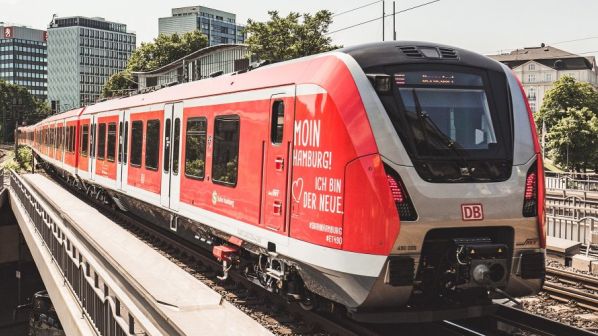 The project is scheduled for completion in 2027, and involves a 20km extension to the Hamburg - Hasselbrook - Ahrensburg-Gartenholz S-Bahn line to Bad Oldesloe, providing a separate alignment from the existing main line. The project also includes track doubling a section between Hasselbrook and Ahrensburg and a new 3km single-track section from Ahrensburg to Ahrensburg Gartenholz.

The project will include four new stations at Claudiusstraße, Bovestraße, Holstenhofweg and Am Pulverhof, with an additional stop at Ahrensburg-West station in Schleswig-Holstein. Seven stations will also be upgraded for S-Bahn services.

The line is expected to carry up to 100,000 passengers per day on weekdays when completed, and will serve an estimated 250,000 people in the region. S-Bahn services on the line are expected to operate every 10 minutes from Hamburg to Ahrensburg, every 20 minutes to Bargteheide and hourly to Bad Oldesloe.

The line will relieve traffic on the Hamburg - Lübeck main line, replacing regional trains with S-Bahn services and allowing for increases in efficiency and frequency for freight and long-distance passenger traffic on the network.

The project will be financed primarily through a €1.5bn contribution from the federal government, with the remainder being footed through investments of €290m from city and state governments and €20m from German Rail (DB), under an agreement signed on November 29.

“We will only convince people to switch to trains and buses if we succeed in offering attractive offers in local public transport,” says Dr Bernd Buchholz, transport minister for Schleswig-Holstein. “As a result of this project, the economy and tourism, but also the people in the region will benefit.”