GERMAN Rail (DB) has awarded a contract to British Steel to supply around 20,000 tonnes a year of its new 120m-long rails, with an initial order lasting 21 months. 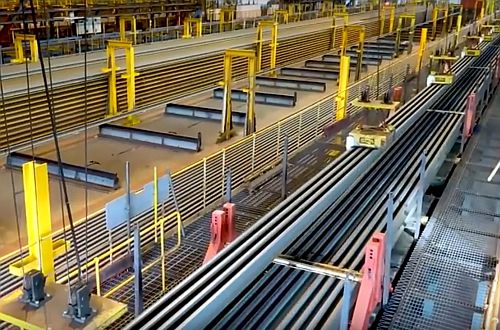 British Steel has invested £1m upgrading its rail and section mill in Scunthorpe to enable it to supply longer rails. Prior to the upgrade, the company could only supply rails up to 108m long - a standard length for the British market. However, many European railways require 60m or 120m-long rails.

“DB is by far the biggest purchaser of rail in Europe,” says Mr Peter Smith, British Steel’s managing director, rail. “Having a stake in the German market is strategically important to us and we hope to build a strong and lasting relationship. The investment allows us to remain at the forefront of rail production and act as a catalyst for further long-length rail exports into Europe.”

The rails will be transported from Scunthorpe to Germany by train via the Channel Tunnel.