THE busy Gotthard line through Switzerland reopens today after a break of four weeks caused by a rock fall at Gurtnellen. Freight trains will be able to run to their normal schedule from this evening, followed by passenger services from tomorrow. 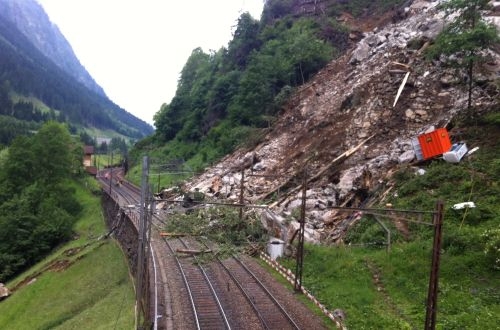 The rockfall prior to stabilisation.

The long interruption to train services was a result not so much of the damage from the rock fall itself but because of the need to secure the site. The remaining loose rock was blasted on June 18 and the entire face secured with heavy-duty steel nets and mats.