BELGIUM’s infrastructure manager Infrabel has awarded British Steel a four-year network renewal contract. The supplier is set to provide 35,000-40,000 tonnes of rail per year throughout the duration of the contract and more than 3000km of rail in total. 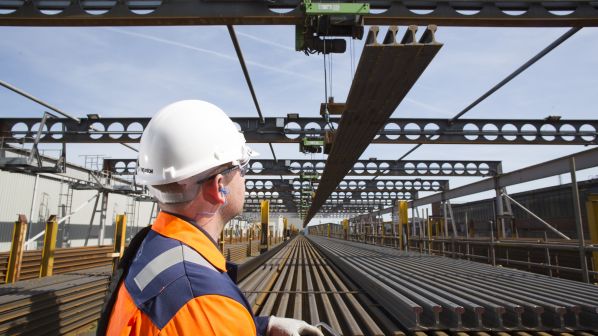 Long-length Zinoco has the same benefits as its shorter counterparts.

Deliveries will begin in January 2019 with the steel for the rails set to be manufactured at British Steel’s headquarters in Scunthorpe, Britain. Rolling will take place at the company’s facility in Hayange, France, from where shuttle services will deliver the rails in varying lengths, including 100m-long rails, to Infrabel’s welding facilities.

The rails will predominately consist of British Steel’s R260 rail grade as well as smaller volumes of stress-free heat-treated and switch rails.

The order with Infrabel follows a  two-year contract extension signed with Network Rail at InnoTrans under which British Steel will supply over 200,000 tonnes, or 4000km, or rail.