SANTIAGO Metro has awarded a contract to a French consortium of ETF and Colas Rail to install and maintain track and catenary on two new metro lines in the Chilean capital. 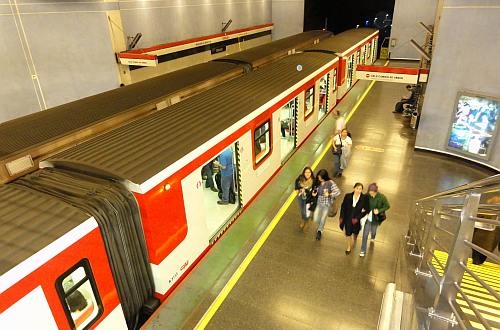 The contract covers a total of 90 single track-km on Lines 3 and 6, including 15km of track in depots. The consortium will maintain the track and catenary for a period of 20 years.

Line 3 will run for 22km from the northern district of Huechuraba to the city centre, where it will follow Avienda Mattam passing beneath Irarrazával, before terminating at Larraín. The line will have 18 stations, including six interchanges with other lines, and will cost around $US 1.72bn to construct. Commissioning is scheduled for June 2018.

Line 6 will be 15.3km long with 10 stations, and will connect Pedro Aguirre Cerda in the west with Los Leones on Line 1, intersecting Line 3 at Carmelitas. The $US 1.03bn line will open in February 2017.