GERMAN Rail (DB) is working with Munich-based Internet of Things (IoT) startup Konux to improve the availability of high-speed turnouts through predictive maintenance. 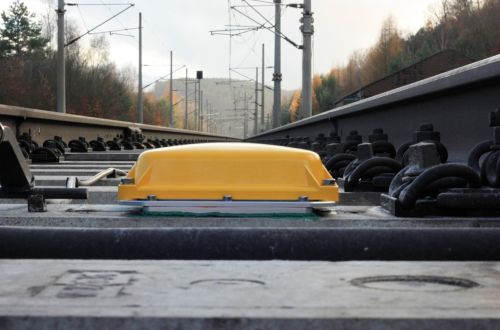 The Konux sensors detect vertical movement in sleepers as a train passes over a turnout. Data collected by the sensors is transmitted to DB’s Diana diagnostics and analysis platform, which already monitors more than 15,700 point motors across the network.

DB says complementary applications such as Konux enable a holistic digital image of a turnout to be created.

The trial phase involved equipping 100 turnouts with the technology. With the conclusion of the contract, DB and Konux have agreed to investigate other areas where the system could be used to predict damage before it occurs.

The two companies began their working relationship through DB’s Mindbox technology incubator, which has funded solutions from more than 30 startups since its launch in 2015.