ISRAEL Railways has completed a $US 186 million project to upgrade and double track the 20km Kiryat-Motzkin - Nahariya line, thereby creating a continuous double-track line for the first time from Beer-Sheva in the south via Tel Aviv and Haifa to Nahariya in the north. 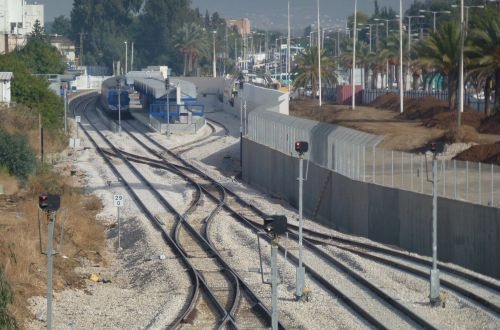 Completion of the work will enable train frequencies to increase from two to three trains/hour in peak periods and allow a half-hourly frequency at other times of the day with the start of the summer timetable next year.

In addition to laying a second track between Kiryat-Motzkin and Nahariya, the existing track was upgrading along with the stations of Acre and Nahariya. To improve safety, level crossings were replaced by bridges at three locations.