ISRAEL’s Ministry of Transport and Israel Railways is launching a degree course in civil and mechanical engineering specialising in track engineering to address a shortage of track engineers needed to implement mainline, metro and light rail projects in the coming decades. 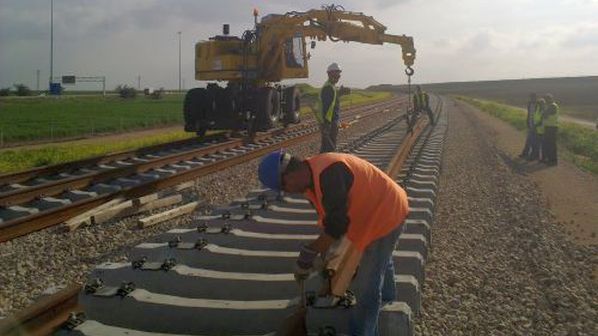 The one-year course is being organised in collaboration with Technion-Israel Institute of Technology and the first one will start in May under the direction of Prof Tomer Toledo from the Faculty of Civil & Environmental Engineering who is head of Technion’s Institute for Transport Research.

Lecturers will be provided by Technion and the Railroad Engineering and Safety Program at the University of Delaware. The course will be multidisciplinary and will cover an introduction to rail transport, track design and engineering, as well as track laying and maintenance.

Until recently Israel Railways was able to recruit many of the skilled track engineers who emigrated from the former Soviet Union during the 1990s, but a lot of these people are now coming up to retirement.

The Israeli network is expected to grow from 1700km today to 2500km by 2040, while the number of stations will nearly double from 68 to 120. Passenger traffic is forecast to grow from around 70 million journeys to 300 million over the same period.