NORWAY's infrastructure manager, Jernbaneverket, has pre-qualified nine joint ventures and three companies from Europe and Asia to bid for two contracts for the construction of a 20km tunnel on the new 250km/h Follo line. 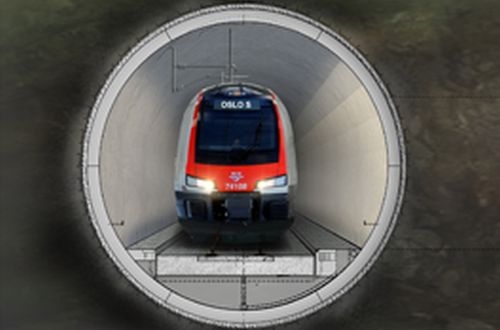 The tunnel will form the bulk of the new 22km Follo line which will connect Oslo Central with Ski where a new station will be built. The project also involves extensive track remodelling at Oslo Central and between the tunnel and Ski. In all, 64km of new track will be laid. Two contracts will be let for this work.

Construction of the Follo line is expected to start next year and the line is scheduled to open in 2020. Its completion will cut the journey time between Oslo and Ski by half.

Ski is located southeast of Oslo on the line to Moss and Gothenburg, Sweden, and the Follo line could form the first part of a high-speed line to Sweden.