ATC, a joint venture of Alstom, Costain, and TSO, has been selected as preferred bidder for a contract to fit out 21km of tunnels for London's new Crossrail east-west link, the final major construction contract to be awarded for the core section of the route. 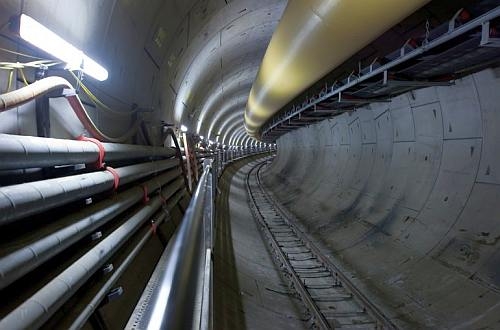 Fitting out is due to start next year and the works will require more than 50,000m3 of concrete, which will be delivered by a specially-equipped train.

Construction of the tunnels began with the launch of the first TBM at the Royal Oak portal in May 2012, and Crossrail says 7km of tunnel has been constructed so far. Tunnelling work is due to be completed by the end of next year.