NEW ZEALAND's national railway KiwiRail has taken delivery of three tampers and three ballast regulators, which were ordered in October 2011 at a cost of $NZ 12m ($US 9.6m). 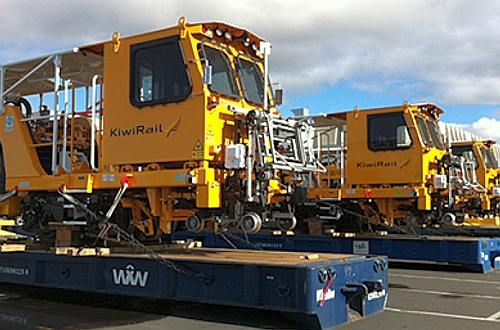 The Mk IV tampers are designed for mainline and switch tamping and will operate in pairs with the ballast regulators, allowing the units to travel between worksites as a single train.

The machines are equipped with Harsco's Jupiter control system, which uses a network of input/output modules throughout the machine to provide the operator with a real-time view of the key operating systems. Jupiter also provides onboard diagnostics and allows the two-unit consist to be driven from either machine.

The ballast regulators were assembled at Harsco Rail's plant at Brendale in the Australian state of Queensland, while the tampers were built in the company's main facility in Columbia, South Carolina.

KiwiRail says the new units are a direct replacement for six 30-year old track machines, and will enter service within the next three months.