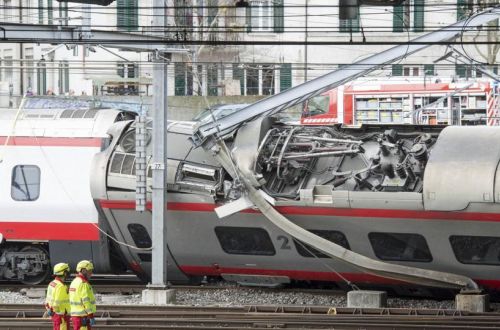 Each derailment occurred when trains were passing over points at stations and caused substantial disruption. In March, a Trenitalia Eurocity train derailed in Lucerne leaving seven passengers injured and closing the station for five days, followed a week later by a BLS S-Bahn train that was leaving Bern. At the end of November, a German Rail (DB) ICE set also derailed when entering Basle main station, which disrupted services for three days.

In Bern, an investigation by the Swiss Transportation Safety Investigation Board (STSB) found that the derailment was caused by a fatigue break in the switch blade. Investigations by STSB into the incidents in Lucerne and Basle are continuing but have established that both these major stations are equipped with the same type of point, which is technically highly complex due to space restrictions at the stations.

As a result, SBB will replace the switch blades on the four points in Basle and Lucerne by the end of March and install a new point system in 2019.

Despite these incidents, SBB maintains that point work on the Swiss network is extremely reliable. The network is fitted with 12,850 points and witnesses a total of 800,000 crossings per day, with up to 380 per day on the most heavily used lines.