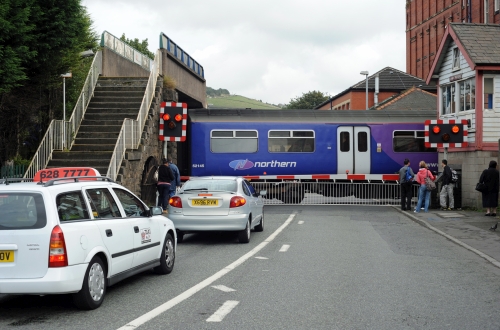 Around five people are killed each year at level crossings in Britain.

Around five people a year are killed at level crossings in Britain with hundreds of reported near misses. NR says the new warning devices - which will detect an oncoming train and provide an audible and visible warning to alert users - will have a significant impact on public safety at level crossings.

The contract will see Costain’s team work with NR to develop the technology, dubbed Meerkat, and the first units are set to be installed within the next 12 months, with the technology due to be rolled out at sites across Britain over the next five years.

“Maintaining safety on the rail network is an important focus and the award of this contract demonstrates how smart infrastructure solutions can help save lives,” says Costain chief executive, Mr Andrew Wyllie.

“This is an important project which will help further reduce level crossing risk across the network,” says NR head of passenger and public safety, Mr Allan Spence. “Meerkat will give users information on whether it is safe to cross and allow us to replace hundreds of Victorian ‘whistleboards’ – helping lineside neighbours as well as improving safety.”