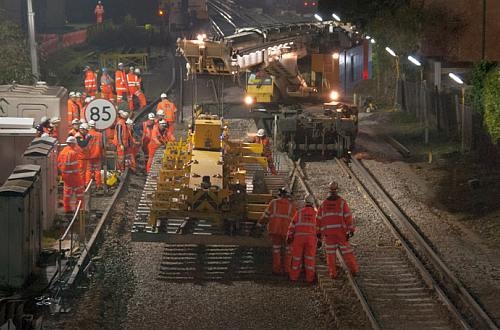 The switches were installed last month at Wool and Wareham on the Bournemouth – Weymouth line in southern England over four successive night time possessions.

Modular S&C was conceived in 2006 with the aim of reducing the average possession time for installing a traditional crossover from 52 hours to 21 hours. NR acquired a fleet of specially-designed wagons with tilting decks from Kirow which allow switches to be delivered to the worksite as a set of pre-assembled modules without exceeding the loading gauge. An integrated lifting and handling system was also developed so modules could be unloaded and positioned without the use of a crane.