BRITISH infrastructure manager Network Rail (NR) has invited suppliers to bid for 10-year track maintenance contracts worth up to £5bn, as part of a plan to introduce three new geographically-focused alliances between NR, designers and construction suppliers. 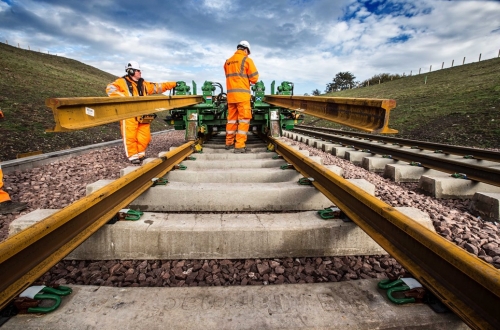 Network Rail's contracts are worth up to £5bn.

The alliances, announced on June 17, are North Alliance on the Scotland Route, Central Alliance covering London North West, London North East and East Midland routes, and South Alliance, covering the Anglia, South East, Wessex, Western and Wales routes. They will combine the development, design and delivery of plain line track and points and crossings, as well as associated infrastructure works for each area.

The move sees plain line and switches and crossings brought together operationally and commercially, which NR says will enable it to deliver infrastructure works more efficiently and effectively. It says the move is a key component of its Infrastructure Projects procurement strategy for Control Period 6 (2019 - 2024), which aims to promote collaborative arrangements with the supply chain that offer better value for money for devolved route customers.

Potential bidders have been invited to submit their Expressions of Interest via BravoNR, with the pre-qualification period for the tender to start in June.