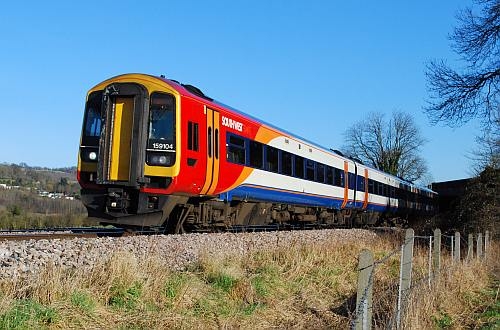 The equipment is based on Balfour Beatty's TrueTrak geometry measurement system with additional sensors to monitor adhesion performance. An SWT class 159 DMU was fitted with the equipment in August and will collect data continuously through the autumn and winter during normal revenue operations on the London – Salisbury – Exeter line.

Typically the instrumented train covers around 1000km per day, generating around 3GB of raw data.

TRL says the better measurement technology will enable the phenomenon of poor railhead conditions to be better understood and allow treatments to be better targeted.

The project is part-funded by Innovate UK through the Accelerating Innovation in Rail programme. The approach is based on research modelling funded by the Railway Safety and Standards Board (RSSB) and carried out by Loughborough University which suggests accelerations experienced by wheelsets are indicative of local adhesion conditions.

If successful, the system could ultimately be used to provide real-time data on adhesion conditions for drivers and infrastructure managers.