NIPPON Steel & Sumitomo Metal Corporation (NS&SMC) announced on April 16 that it has upgraded rail production and handling facilities at its Yawata steel works in the Japanese prefecture of Fukuoka to produce and distribute 150m-long rails, which the company claims are the longest in the world. 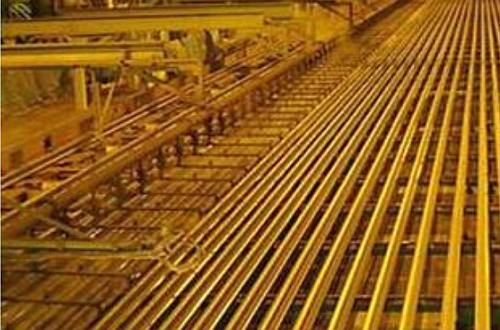 A nine-wagon train has been specially adapted to transport the rails in Japan, where NS&SMC has a 60% share of the rail market.

Rails are typically supplied in 25m or 50m lengths, although some manufacturers such as Tata Steel and VAE are now able to deliver sections exceeding 100m in length.